Skip to content
PCI DSS 4.0 - Are You Ready? Get a Discount on a Readiness Assessment - Learn More

What Is the Model Audit Rule?

Essentially, the Model Audit Rule is the insurance industry’s regulatory counterpart to the Sarbanes-Oxley Act of 2002 (SOX) for private insurers. Just like banking and healthcare, it is critical that private insurers are subject corporate governance and financial accountability for the welfare and benefit of policyholders and prospective claimants. Borrowing extensively from SOX, The Model Act Rule was developed in cooperation with the American Institute of Certified Public Accountants (AICPA) and the National Association of Insurance Commissioners (NAIC). 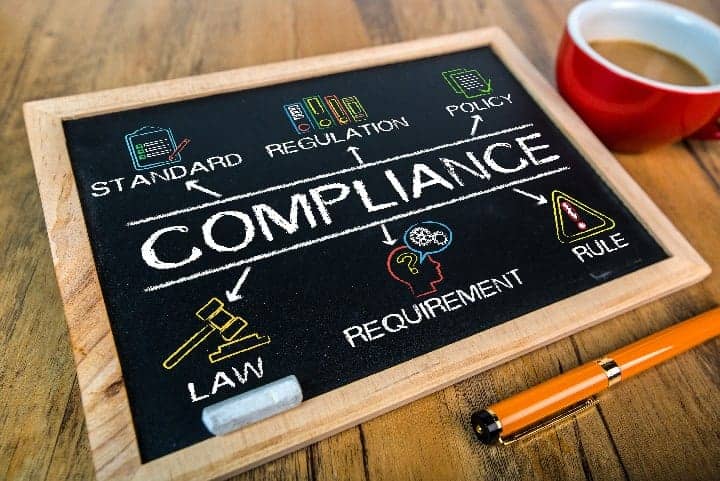 What Is the Purpose and Scope of the Model Audit Rule?

The purpose of the Model Audit Rule is to provide guidelines, rules and necessary allowances that make it possible for each state’s insurance department to properly and thoroughly monitor the health of each private insurer’s financial condition. Similar to businesses outside of the insurance industry that require the SOX act for accountability, private insurers are held to the same scrutiny and accountability, thanks to the introduction of the MAR by the NAIC.

With the MAR, policyholders and claimants may still ultimately receive any monies due to them, even if an insurer’s business fails and goes into liquidation. The National Organization of Life & Health Guaranty Associations (NOLHGA) notes that, if an insurer’s period of rehabilitation, the insurance company goes into receivership, overseeing the company’s accounting matters until the liquidator can turn any available assets into cash that is eventually made payable to policyholders, claimants and vendors.

All licensed insurers within a state are subject to the surveillance, governance, scrutiny and, if necessary, receivership set forth by the MAR. Each state does, however, have the freedom to decide whether or not it wants to participate.

A Brief History of the Model Audit Rule

Officially issued by the NAIC on June 11, 2006 after a vote to approve amendments to the already existing Annual Financial Reporting Model Regulation (#205) to specifically address improving the ability of each state to properly and thoroughly surveil the financial condition of insurers within their respective state.

The NAIC, AICPA and SOX worked together for three years leading up to the 2006 enactment, after continuous research and discussions about how to avoid catastrophic failures for each state’s insurance companies. The MAR serves to prevent leaving insurance claimants, policyholders and vendors unpaid and unserved by their insurance company, and by extension, their state governing and regulatory bodies.

Like most governing bodies in other industries, the original 2006 MAR had more possibilities to do more to help serve the public. In January 2010, the NAIC issued an amendment to the Model Audit Rule with revisions that addressed three key factors:

The revision took effect January 1, 2010, or at the time when a state chose to adopt the Model Audit Rule and its amendments.

What Are the Model Audit Rule Requirements?

After catastrophic fraudulent corporate scandals like Enron and WorldCom sparked the creation of the Sarbanes-Oxley Act of 2002, it made sense to extend governance and stewardship to the insurance industry. Operating on such a large scale, and accountable to so many parties, the NAIC, SOX §404 and the AICPA continue to strive to find ways to provide financial transparency to help avoid insurance company failures that provide no accountability to policyholders, claimants and vendors.

The January 1, 2010 MAR revision incorporated several notable requirements, enacted to not only serve those may eventually be due funds from an insurer, but to help state regulators monitor accounting practices and financials in hopes of preventing insurance company failures. Following are some of the amendments to help improve the processes involved in regulating private insurers in participating states:

Each report must be conducted in accordance with Generally Accepted Auditing Standards (GAAP) while gaining insight into the insurer’s internal control. The scope for audits includes the requirement to file a report on internal controls to accompany the financial statements.

At the end of each audit, the insurer must provide their respective state’s insurance commissioner with a report of any internal control weaknesses uncovered by the independent auditor.

Each insurer must file an Audited financial report before June 1 with 90-days of advanced notice.

I.S. Partners, LLC. helps insurance companies understand all of the finer points of the Model Audit Requirements each day to ensure full compliance. Whether you need a free quote for a reliable independent auditing team to perform your audit, or you simply have some basic questions, representatives look forward to responding via telephone call or a chat session.

John has over 22 years of experience working in the manufacturing, distribution, not-for-profit, governmental, insurance, public utilities and service industries. John has expertise in various aspects of the accounting, auditing and consulting disciplines. He has directed a full range of value-added services and has consulted to Senior Executives in middle market and Fortune 500 companies. His experience includes Sarbanes-Oxley compliance, SSAE 16 (SOC 1) audits, outsourcing and contract services, financial management, accounting and strategic planning, due diligence, business restructuring / re-engineering, process improvement and risk assessment.